Reported on Z-net today was the fact that Panda antivirus was mistakenly bricking PCs.  This is NOT the case.  To brick a PC means that it cannot be repaired without purchasing parts. (ie new motherboard or hard drive.)  This was a simple mistake that affected a large number of people and should be resolved by the time you read this article. According to a Panda spokesperson, it has already fixed 90% of incidents.  In their estimation it was a small number of their install base.  So what really happened…
First off the panda software did an update to their free antivirus, their cloud based service, and retail 2015 services. This update accidentally flagged the core files of the Panda software as malware and so the software attacked itself by putting itself in quarantine and rendering the antivirus system inoperable. So the computers started to get unstable but they could still run.  Unless you reboot them.  Then many could not even start windows.  The company then warned its user base on Twitter and stated: “Please, don’t reboot PCs. We’ll keep you posted.” They patched the issue right away but some people were still affected and could not get into their computers.
The company has released a fix located: http://www.pandasecurity.com/uk/homeusers/support/card?id=100045.
They describe the problem as an issue with the signature file of 11 March 2015 that might have affected their PCOP and Retail customers.  This issue MAY have caused some files to be moved to quarantine.  They provide two solutions for two possible scenarios.  Really it is one solution and if it does not work you need to boot your computer in safe mode and try it again.  Personally I would always do something like that in safe mode anyway.
So if you are comfortable with putting your computer in safe mode then go to the above link and follow their instructions. Oh and when you go in safe mode be sure to select safe mode with networking support. If you don’t you can’t download the file that they need for you to get to clean up the issue. 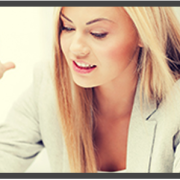 Protection for the Holidays 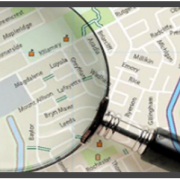 Where have you been?
0 replies

I don’t want to start anything!!

Document cannot be printed, No Pages Selected to Print
Scroll to top