So three calls at 7:00am with clients that cant access their quickbooks and a client from the Department of Transportation explaining that all their water tables and plans are gone. After quick review we find that all network shares on the network are getting an error of Invalid Handle. Reboot both the fileserver and the workstation creates no improvement. HMMM not good. Wait it is Wednesday!!! That mean Microsoft tried to improve your computer again and most likely messed something up.

Today I was forwarded a story from a friend. This is one of those that really makes you think about cloud services. A staff person from a software company with roughly 100-150 employees was pulling a joke on a friend and because of his actions the company he works for lost access to their files and emails for over three days. So to start a guy like to play jokes on his friend. His friend is an app developer on the android framework and had just released an app. The guy purchases the app and make a copy of it and then immediately refunds the app. THen he messages his friends with a copy of his own apps saying look what I got online for free. Pretty lame joke but for a techie it is kinda funny. But this does break google’s terms of agreement with the guy pulling the prank.

So google bans the access that this guy has to his account. He can log in but is not allowed to do anything. The only issue is that his account is a company account so google banned access to all the accounts in that domain. (ie, The entire company) That means the staff can no longer access their google drive account and can’t access their documents on the cloud. To make matters worse anyone that used their personal google account to be the recovery email for their company account also got banned for their personal account. Which mean mothers could not get notifications from their schools and it interferred with peoples personal business.

Now dont get me wrong, if you do bad things on gmail or other google mail services I want them to ban you, but to ban the entire company makes for a completely different thing. Also their IT department has been unable to get anyone from google to help since they were banned for breaking the Terms of Agreement. So here is what we at YCS can take from this story… First if you ever use a cloud service you should still retain the acess to your files or a backup of those files no matter what. If you use a cloud service for email be sure that you use a service that will not punish all accounts for the actions of one. Microsoft 365 exchange for example will only stop the account that is causing the problem and not the entire domain.

So what do we suggest. If you are going to use a cloud based service just be sure you have a backup of your files somewhere else. Even if you use a syning service like dropbox it is always a good idea to have a backup of those same files with a different company or on your own hardware. Nothing beats having your stuff on your own hardware. We run email on our servers as well. But if you decide to use YCS email services or MS exchange or any other service just ask your IT professional to go over the differences and ask for suggestions. We are always able to provide answers to your questions and help design a good IT infrustructure for your business that will have redunant ways to get to your data just in case something were to fail. You can reach one of our techs at 407-826-0810.

It seems that the people at Microsoft are hell bent on having their newest version of OS on as many computers as possible. Don’t get me wrong, I am sure that the new Windows 10 software will be a hit in due time. Already there are many people using Windows 10 that are singing their praises and are enjoying the new look and feel of the OS. However, let me point out that far and wide these are individual users and not the normal office environment. The business world is not the place to make hasty upgrades in software when we really do not know how compatible the OS will be with other client specific software and hardware. END_OF_DOCUMENT_TOKEN_TO_BE_REPLACED 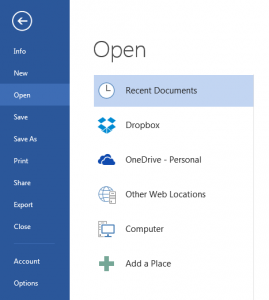 If you have been using office 365 you would have noticed now it is designed to seamlessly work wtih Microsoft SkyDrive Cloud Storage service. So when you click on Open or Save As you get to see a nice logo for SkyDrive and access the Cloud Storage directly. But when you go to Add a Place you can only find Microsoft Services and not services like Dropbox and Google Drive. You can still browse to your dropbox or google drive by searching your hard drive for it, but why not make it easy. Microsoft isn’t going to include access to competing services right out of the box, but that does not mean you are not able to add it yourself. END_OF_DOCUMENT_TOKEN_TO_BE_REPLACED 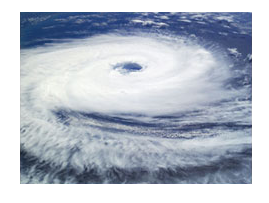 A number of years ago after Hurricane Andrew I bought a house. I decided to do some research on how to protect my home in the event of a hurricane. As a computer guy the first thing I did was go to the internet. I went to the National Oceanic and Atmospheric Administration Website and visited their research division. I found a ton of information about hurricanes and what to expect. It also touched on how to protect your home. Many people in Florida always ask should I put up storm shutters and when. There is no easy answer on the subject. I also don’t claim to be an expert, but after reading reports and doing a ton of research I figured I would show my findings and how I protected my home from three back to back hurricanes. I would like to credit Mr. Stan Goldenberg at NOAA as a great resource of information for this article. END_OF_DOCUMENT_TOKEN_TO_BE_REPLACED

So not long ago I was doing some work in Photoshop and a friend was going to assist me.  He loaded his Photoshop and for some reason could not copy and paste from Photoshop into MS word or even notepad.  So what do you do when Photoshop copy and paste doesn’t work.  You could try rebooting the computer but that won’t help.  You could try reinstalling Photoshop but that will not work.  You could go on google, which my friend did.  They offered a number of options and nothing worked.  So hopefully you will find this answer on google and we have two solutions for you. END_OF_DOCUMENT_TOKEN_TO_BE_REPLACED

Every once in a while I get a call about an error.  I am told that Adobe won’t print.  After getting some more details I find they are working is Adobe Reader and attempting to print a PDF file.  The error states that “Document cannot be printed” which gets points for being descriptive and when you click ok you get another error that says: “There were no pages selected to print.”  Now that seems promising.  Except the person did select pages and in some cases selected exact pages they wanted printed.  When a client gets this message they spend a few minutes with the selection of pages and well you can stop.  It really has nothing to do with the pages.  In fact it is impossible to tell why this error message is triggered.  But we do have some solutions for you.  Each of these solution comes at a cost.  You have to determine which cost is good for you. END_OF_DOCUMENT_TOKEN_TO_BE_REPLACED