It seems that the people at Microsoft are hell bent on having their newest version of OS on as many computers as possible. Don’t get me wrong, I am sure that the new Windows 10 software will be a hit in due time. Already there are many people using Windows 10 that are singing their praises and are enjoying the new look and feel of the OS. However, let me point out that far and wide these are individual users and not the normal office environment. The business world is not the place to make hasty upgrades in software when we really do not know how compatible the OS will be with other client specific software and hardware. 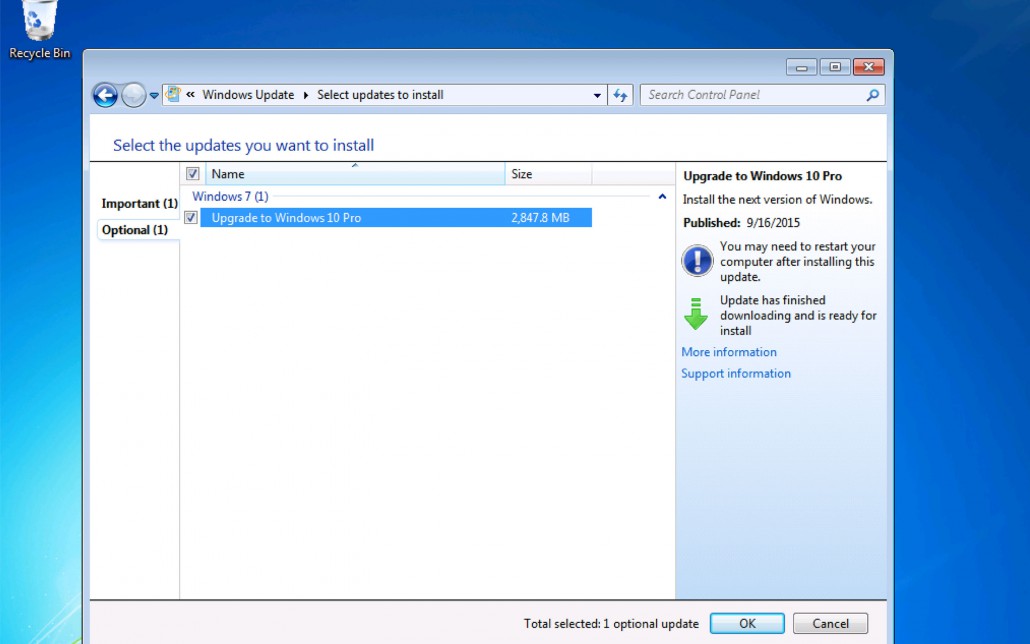 If you noticed in the above image, the Upgrade to Windows 10 option is already preselected for you. How convenient for Microsoft. How many of us read all of the screens and really pay attention to what the software is asking to install. We generally just click the ‘Next’ button so we can get through everything as quickly as possible. The action by Microsoft seems to have been corrected with the October 15th installment of updates, but the damage may have already been done for many.

The only thing saving you was the fact that you had to click on the ‘Get Started’ notification in order for the process to continue. 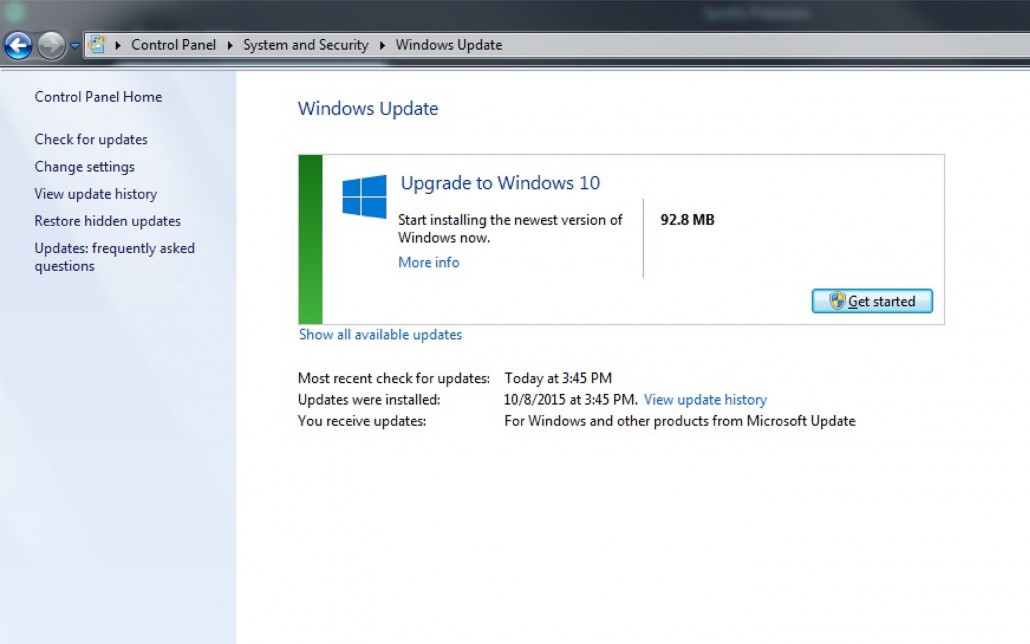 “As part of our effort to bring Windows 10 to existing genuine Windows 7 and Windows 8.1 customers, the Windows 10 upgrade may appear as an optional update in the Windows Update (WU) control panel. This is an intuitive and trusted place people go to find Recommended and Optional updates to Windows. In the recent Windows update, this option was checked as default; this was a mistake and we are removing the check.”

Microsoft makes this sound like it was a very recent mistake. InfoWorld’s Woody Leonhard has created an in-depth report that claims Microsoft’s argument doesn’t hold water. He claims to have a screenshot taken before October 9th of this year where the tick box was already selected for you.

“That means Microsoft checked the box on Oct. 9 or earlier – long before ‘the recent Windows update.’ This month’s Patch Tuesday, which contained more than a hundred patches, was on Oct 13,” argues Leonhard. “In other words, somebody in a position of authority started running this forced upgrade on or before Oct. 9, and Microsoft didn’t fix it until it was brought it to Microsoft’s attention on Oct. 15. Wonder how many Windows 10 installs there are now?”

Naturally a Microsoft spokesperson may dispute the findings of Mr. Leonhard making it his word against theirs, but Microsoft’s track record – which does include downloading Windows 10 onto computers even when a user states they do not want the upgrade, which is still ongoing by the way, – significantly damages Microsoft’s integrity.

Maybe you have already been upgraded to Windows 10 and regret it. Maybe you are unsure if your computer can handle the software upgrade. You probably have a lot of questions. Call us at Your Computer Solutions to see how we can help you. Our office number is 407 826-0810.

How to add Dropbox and Google Drive to Office 365

A Guide for Safe Trick or Treating
Scroll to top